What do you do when you want to garden, but the space is not your own, and you’re not exactly sure how long you’ll be there? My friend, Cindy, started with a blank slate.

The triangular area had hardscape already in place in the form of a cemented stone path, and was bordered by fencing on 2 sides and house on the other with almost no plants except some wood ferns and small hollies. 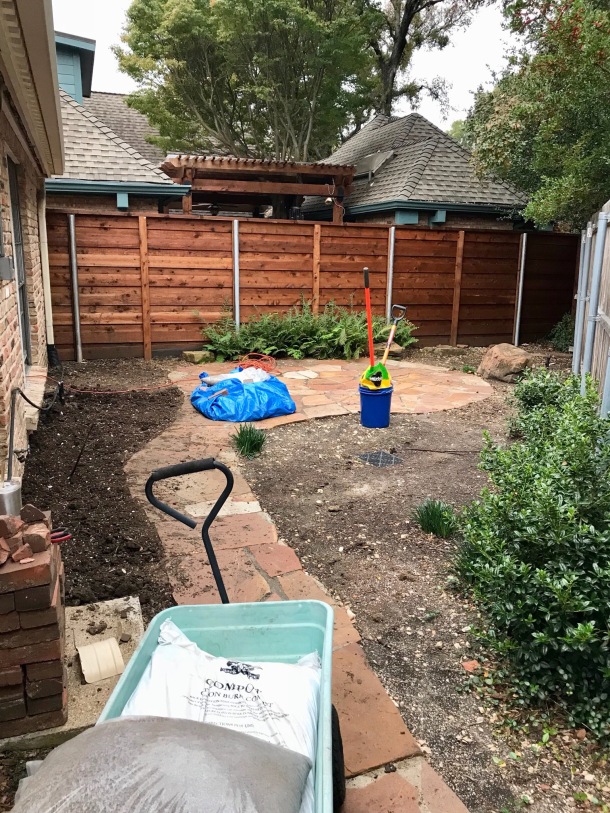 Some areas were sun baked but there were also shady areas due to the interesting configuration. Cindy and I walked the area and began to dream about a secret garden — one that would bring color and joy through the windows of the rooms that looked out onto the wasteland.

This transformation took months to visualize – the soil was amended with expanded shale and compost – As winter days were coming to a close, basic plans took root. Shareable plants were introduced, or transplanted from other areas and seeds were cast.

Perennials Shared by Friends Now at Home in Cindy’s Garden

Trips to the bargain bins became a treasure hunt – recycled and reused planters found a home on the fencing. Hanging baskets were hung.

By May the garden was taking shape and by mid June – blooms were everywhere. 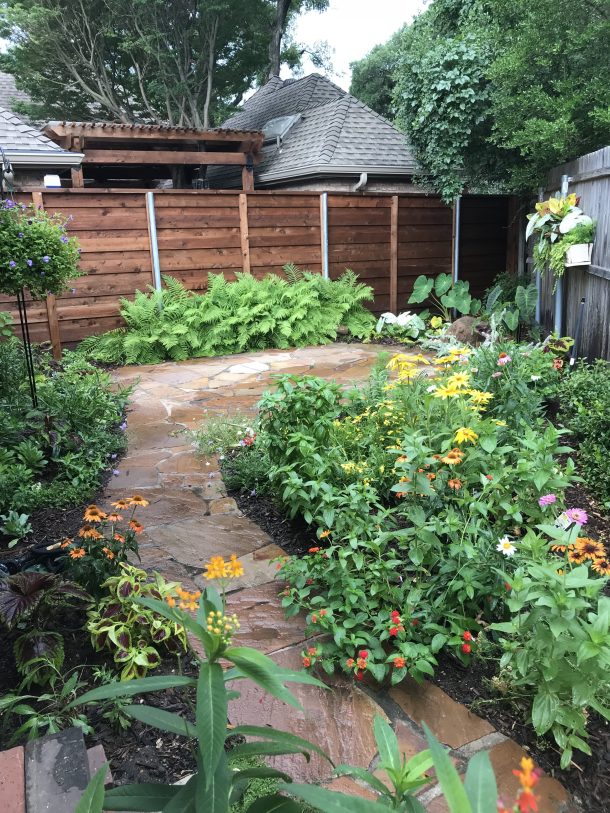 This little space has gone from desert to delightful due to diligence and determination and very little dough! 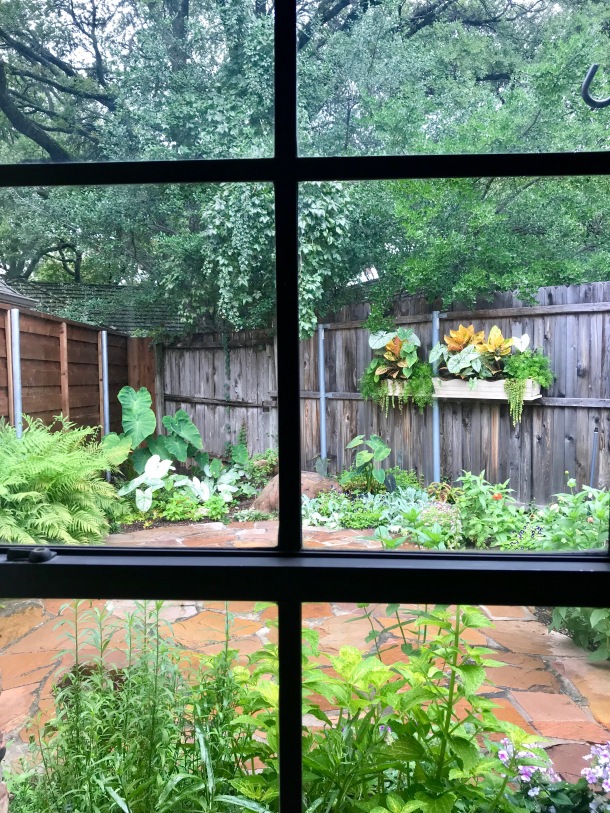 Thru the Looking Glass, so to Speak, Cindy’s New Garden